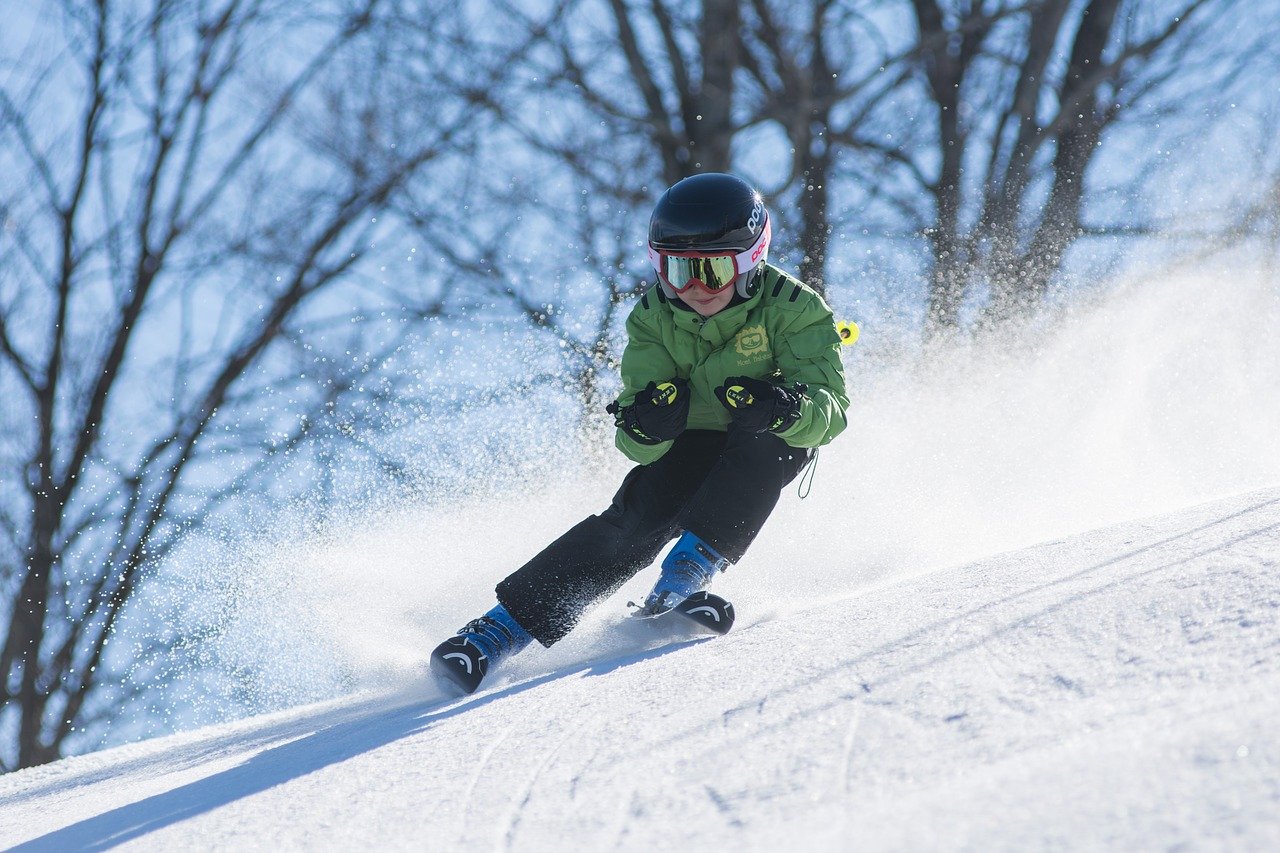 Skiing on Mount Amiata is certainly a lot of fun. Winter is one of the seasons in which Mount Amiata has a lot to offer to snow enthusiasts. In fact, there are ten slopes dedicated to skiing, served by eight ski lifts, as well as more than ten kilometers of slopes for Nordic ski enthusiasts.
For some years, Mount Amiata has also been equipped with some artificial snow systems, which allow you to fully enjoy the ski season even if the weather conditions are not optimal.

See the snow situation on Valdorciamiata.it.

The ski slopes and the ski lifts

Ten, we said, the slopes dedicated to alpine skiing, capable of thrilling experts and non-experts.

It is part of the three slopes called “easy”: the school fields “Le Macinaie“, “Vetta “, “La Contessa” are suitable for mostly for beginners, with a length that does not exceed 350 meters.

We then move on to the intermediate slopes, suitable for those who can ski without problems and want to improve. The slopes “ Canalgrande ” “ Canalgrande Cantore “, “ Canalgrande Macinaie “, “ Panoramica ” and “ Bellaria “will be perfect, with lengths ranging from 750 to 2300 meters, and differences in height between 100 and 350 meters.

Below is the map of the slopes kindly granted by the site AmiataNeve which we recommend you to consult for information in real time on the snow situation in Amiata. 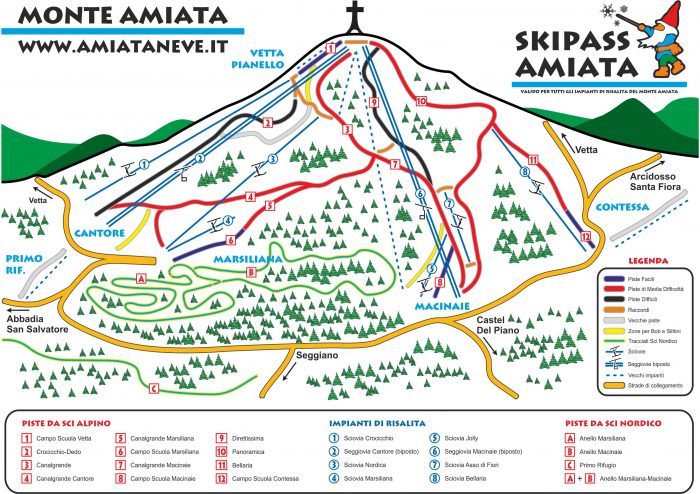 If weather conditions permit, the ski resorts of Monte Amiata will officially open from December 22nd to March 23rd.
As for costs, we refer to the official website of Amiata Neve where you can find information on hourly, daily and seasonal rates, as well as being always up to date on any changes to the opening dates.