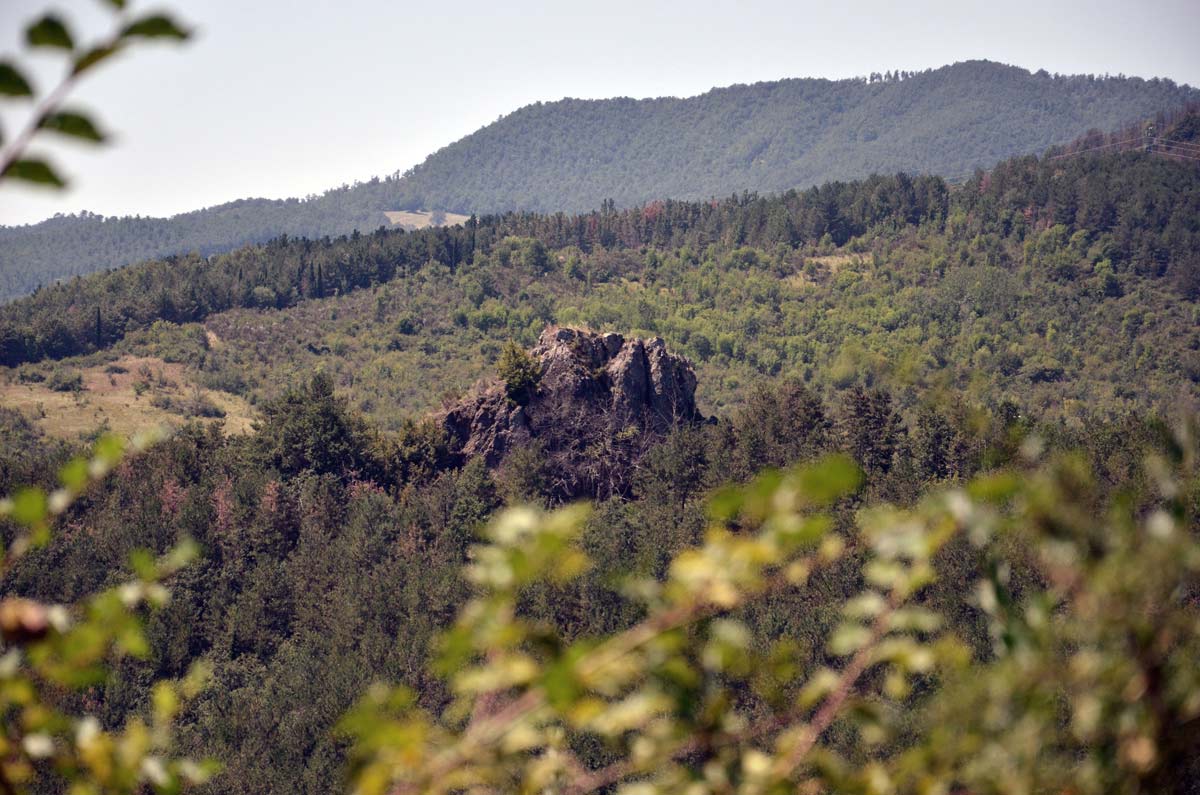 In the village of Santa Fiora there are many panoramic points where it is possible to admire the natural landscape that characterizes the valley of the Fosso Formica. At the ridge of the aforementioned valley, it is possible to see a stone in particular that rises among the trees. This is a magical monument, surrounded by an aura of mystery and legend: it is the Petorsola stone.

The legend of the Petorsola fairy

The villages of Mount Amiata are full of medieval stories and tales, but this is a legend that has very deep roots. It is said that the Petorsola fairy, along with other fairies / witches, lived in a majestic castle built with a red volcanic stone, not typical of the area, and that no one was able to say when it was built. The most imposing face of the fortress looked right towards the village of Santa Fiora.

Petorsola went daily to the village to bake bread in the common oven and was always accompanied by her baby in swaddling clothes. The fairy did not give much confidence to the villagers and was certainly not interested in the gossip of these. Some Santafiorese women, evidently irritated by this presumed attitude of pride, decided to play a macabre joke on the fairy. They secretly took her baby in swaddling clothes and pretended to bake him in the oven.

Petorsola, clearly irritated by the deed, said these words: “I’ve never seen such a thing to do, a son of a fairy wanting to bake it!”. Returning to the castle she could not understand the gesture and anger was growing more and more. In revenge, therefore, she took the decision to transform the castle into a stone because the citizens of Santafioresi did not deserve the view of the beautiful fortress.

After this event, it is said that the witches continue to roam the town, transformed into cats, and that they enjoy twisting the tails of the animals in an indestructible way to remember their presence. Moreover, every Saturday, in some cracks in the rock, the meetings of the witches who consume magical rites are revived.

It is a medieval story handed down from generation to generation, where man’s ancestral fears are exhumed, where the souls of the dead, fairies and witches did not allow children to sleep peacefully. Where it was preferable to stay close to the embers of the fireplace in order not to risk being part of the legend. A unique story that still echoes in the thoughts of the Santafioresi and beyond.

Where is the Petorsola stone