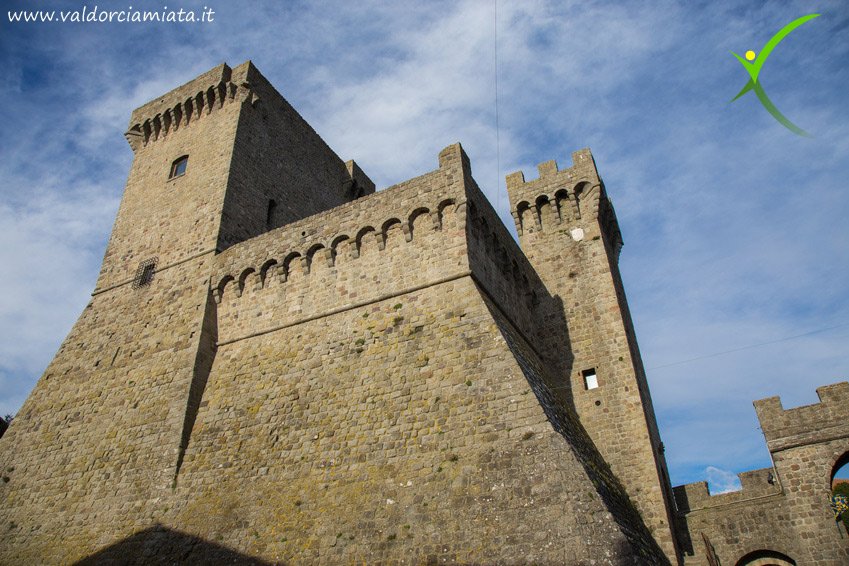 Piancastagnaio is the most southern located town in the province of Siena.

From the VII century it has been the part of the properties linked to the Abbey Holy Saviour (Abbazia del Santissimo Salvatore), located in the place immediately bordering. It was obtained as a feud by Aldobrandeschi of Sovana; Extinguishing the last few, the town became a fief of Orvieto first and Siena later, whom he remained faithful until 1559, the year in which the Siena itself had been overwhelmed by Florence. Given subsequently in fief to several recipients, the town will finally conquer its independence in 1777.

What to see in Piancastagnaio

Definitely do not miss the very characteristical Palio delle Contrade, that every year, on August 18 th , pits the four districts Coro, Voltaia, Borgo and Castello, to clinch the victory banner. The period preceding the Palio is characterized by various events that change every year, organized individually by districts above mentioned.

Also noteworthy is “Rod and the baton” manifestation that since the 2006 awards the best choreography of the district and it take its place before the “Palio” itself.

Where to stay in Piancastagnaio