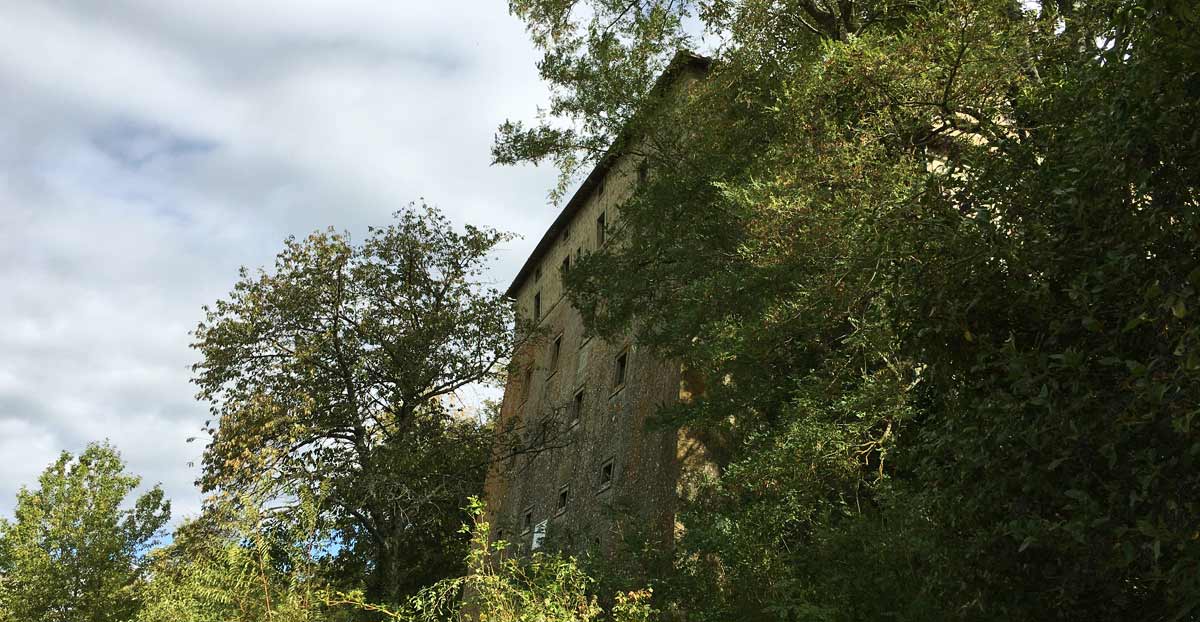 The first historical mention of Vivo d’Orcia, occurs in a Latin text where the river, precisely the Vivo, and the hermits are mentioned: “… quibus obnoxia fuere monasterum et eremus ad Vivum …”. What today is mistakenly called Eremo was actually a monastery of the Camaldolese, however, the church called Ermicciolo, was the actual hermitage.

But let’s go in order and tell the whole story behind these beautiful buildings. In the annals of the Camaldolese, we read that San Romualdo founded a hermitage in the Sienese lands in the year 1004 AD. This hermitage, created in the middle of the woods, is precisely the characteristic Romanesque church called Ermicciolo, which is located near the sources of the river Vivo.

Subsequently, always S. Romualdo, he also founded the monastery further downstream to be able to welcome the hermits belonging to the same congregation. The monastery was large and inside it also had a church, consecrated to San Marcello. The Saint represents a mythical figure, it is said that he lived for over 120 years and that he spent almost 100 years as a hermit, founding various hermitages in Italy.

But why was the Vivo chosen? Some writers believe that the Saint chose this place for the resemblance to Camaldoli. In fact, there are luxuriant woods, a source of fresh water and the fact of being able to create a hermitage near the source and a monastery further downstream just like in Camaldoli. But there is a legend that most intrigues tourists.

The legend of the Hermitage

While S. Romualdo and the monks wandered through the woods looking for a place to build cells for the hermits, they were surprised by a violent downpour. They managed to save themselves because they were able to climb a small hill, but they remained surrounded by water for more than three days. They were saved because they ate chestnuts. On the third day, St. Romualdo told his traveling companions that they would eat tastier things. A few hours later, out of nowhere, three angels appeared, disguised as peasants, with precious food for the hermits.

This is the real reason why the Saint decided to found a hermitage and a monastery at Vivo d’Orcia. The Camaldolese, after the death of St. Romualdo, continued to live in the monastery for many more years until it was abandoned in the Middle Ages. In the 16th century the Cervini family became the owner of the lands of the congregation thanks to Cardinal Cervini, who later became Pope for only 22 days.

From that moment on the monastery was transformed and became the County of the Matterhorns. The ancient structure of the monastery was demolished, however, in its place, an imposing palace was created. A majestic building of beautiful late medieval workmanship that coordinates so well with the adjacent environment. This is the Hermitage: a small county made up of a few houses, a church and a building full of history. The memory of the ancient feats and of the legend are still whispered today by the trees that surround it.

Where do you find it?

Ermicciolo and the spectacle of the wood
2 November 2020