San Quirico d’Orcia, with its art and gardens 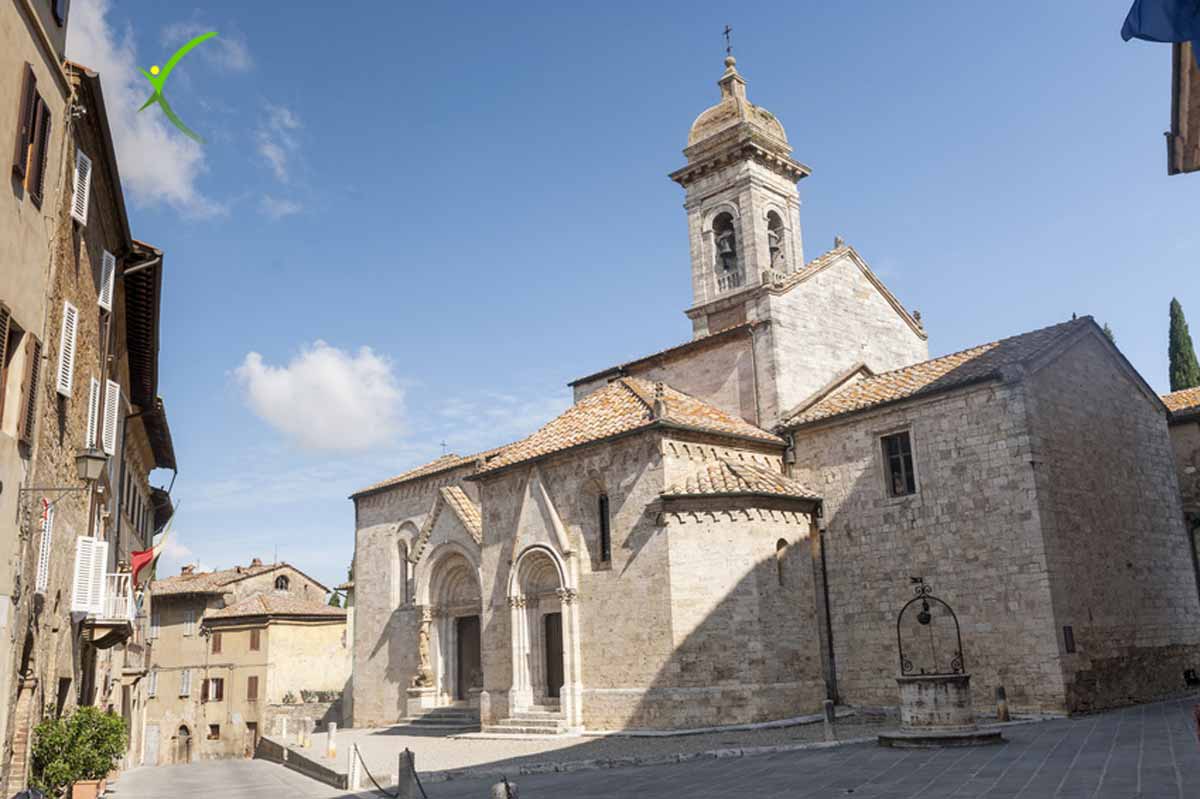 San Quirico d’Orcia is a small and quiet village located in Val d’Orcia,

Do you remember a row of cypresses in the middle of the Tuscan hills with a clear sky? A postcard image, right? Well, those cypresses famous for their simplicity are found in the municipality of San Quirico and represent Tuscany and Italy all over the world. The village is very well known today but had a certain relevance since ancient times. Already in 300 BC the first brotherhoods had settled in the town which at that time was called Ena.

Being one of the landmarks of the Via Francigena and a resting place for the Umbrian-Marche merchants who were heading to Florence, made San Quirico acquire, from the Middle Ages onwards, even greater notoriety. The village is also mentioned by the archbishop of Canterbury, Sigerico, during his journey along the Via Francigena and defines it as “Sce Quiric”. The town has always played a focal role in the economy of the Val d’Orcia.

Modern pilgrims are able to relive the history of the village, together with its uniqueness, by entering the narrow streets of the historic center. The building that most catches the eye is the “Collegiate“. It is a Romanesque-style place of worship dedicated to Saints Quirico and Giulitta. Inside there is a wonderful fifteenth-century altarpiece depicting the Madonna and Child, the angels and saints of Sano di Pietro.

Continuing the walk in the village, we find other historic buildings and captivating views. In the church of San Francesco there is a terracotta work by Andrea della Robbia. The Chigi Palace and the Praetorian Palace have a particular architectural structure that makes them stand out among the other palaces. The church of Santa Maria Assunta, also in Romanesque style, has an original play of light and shadow inside. If you want to cool off from the beating sun, take refuge in the Horti Leonini. An exclusive attraction. It is a beautiful Italian garden donated by Francesco de ‘Medici and built by Davide Leoni in 1500. From the fortified walls you also have a breathtaking view of the Val d’Orcia.

Just outside the village, there are two spots that are definitely worth visiting. The Chapel of the Madonna di Vitaleta is a late Renaissance church built in the Tuscan hills. A suggestive image that can only arouse emotions for the tourist. For many years it was a place of adoration of the Virgin of Consolation. The other place worthy of note is Bagno Vignoni. It is a fraction of San Quirico that has an incredible square that is extraordinary to say the least. In the center of it there is in fact a hot tub of thermal water.

In the village, in addition to history, there are also many events that enliven the days of the villagers during the year. Let’s start with some parties that have the power to stimulate the palate of travelers. The Orcia Wine Festival takes place in April, where the best DOC wine producers of the valley offer their wines for tasting. In December, however, new oil is celebrated in the “oil festival ”. Stands, aromas and flavors accompany tourists together with folkloristic shows.

“A Beer Bath” is just what you need on the hot summer days of July. In fact, it is possible to taste the best Tuscan craft beers. For fans of modern art, a sculpture exhibition is held in the Horti Leonini called “Forme nel verde”. However, the most representative and particular festival is the “Festa del Barbarossa”, which concerns a historical re-enactment of the meeting between the Papacy and the Empire. The population is celebrating and various archery competitions are held between the four districts. At the end, only one of them will win the coveted jugs of the emperor.

Places of interest in San Quirico

Worth mentioning: some famous scenes from the film “ The Gladiator “.

Find out where to stay in San Quirico and where to eat in the best restaurants .