Visit Campiglia d’Orcia, one step from Via Francigena 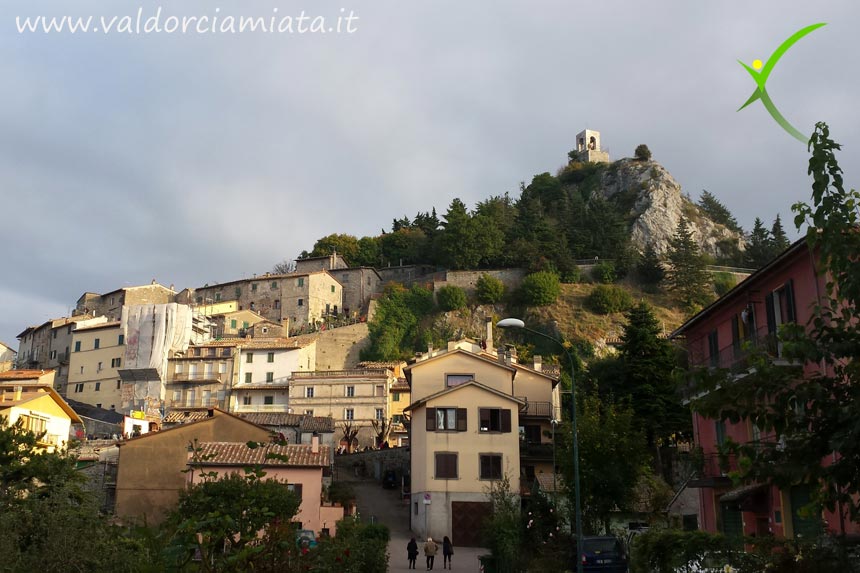 Campiglia d’Orcia is a fraction of the municipality of Castiglione d’Orcia, in the province of Siena.
Campiglia can be reached by going up the Cassia state road or arriving from Abbadia San Salvatore, Castiglione d’Orcia, Vivo d’Orcia. Its particular shape, with the houses arranged in a cone, around the peak of rock where there is a small tower, makes it easily identifiable for many kilometers. It is a small, very suggestive and very peaceful center from which you can dominate the entire Val d’Orcia, with a breathtaking view if you reach the tower on foot.
It is also a few kilometers from the town of Pienza and from the spas of Bagni San Filippo and Bagno Vignoni.

The first document attesting the existence of Campiglia d’Orcia dates back to 973 AD. During the Middle Ages it was under the dominion of the Visconti family. Due to its strategic position on the Via Francigena, Campiglia attracts the expansionist aims of Siena, with the latter succeeding in gaining the upper hand over the small hamlet, around 1234. From 1423 Campiglia became a fiefdom of the Salimbeni family and in 1429 it is definitively annexed to the Sienese Republic. Even today, the town retains the urban layout of the year 1000.

Places of interest in Campiglia d’Orcia

The most important event for Campiglia, as for many towns in the Amiatina area, is certainly the “Festa del Marrone” therefore linked to the chestnut, which takes place every year on the last Sunday of October. During the event, three districts challenge each other by setting up historical-cultural re-enactments or themed events on the streets of the town. Good wine and excellent roasted chestnuts await you.

Find out where to stay in Campiglia d’Orcia and the best restaurants to eat.